John Leonard, MD (Weill Cornell Medicine), member of the LRF Scientific Advisory Board and Board of Directors, and first author on the AUGMENT study.

Rituximab (Rituxan) has long been the standard of care for many lymphoma patients with relapsed follicular lymphoma (FL) and marginal zone lymphoma (MZL).  Researchers on the AUGMENT trial, a large-scale, multicenter study, sought to improve outcomes for this group of patients by combining rituximab with lenalidomide (Revlimid), after earlier stage clinical trials suggested this combination improved the efficacy of treatment over rituximab alone.

Results of this trial were initially presented at the American Society of Hematology (ASH) Annual Meeting in 2018 and were published in the Journal of Clinical Oncology in March 2019.

Either lenalidomide or the placebo were taken as an oral therapy with intravenous rituximab at scheduled intervals; patients continued therapy for 12 cycles or until their disease progressed or they had unacceptable toxicity (side effects).  Follow-up was done for up to five years after the last patient was randomly assigned.

Dr. Leonard and his collaborators found significant improvements of progression-free survival for the lenalidomide combination group, with a median length of 39.4 months compared to 14.1 months in the placebo group, more than two years longer on average.

Results were particularly significant for the FL patients who made up most of the study; the authors noted that no significant difference in progression-free survival was found for the MZL cohort, but added that the small number of MZL patients enrolled (63, or 18 percent of the total) made it difficult to determine if these results would be similar for all MZL patients.

The authors did not an increase in severe-grade toxicities in the lenalidomide group, particularly neutropenia–an abnormally low white blood cell count, which increases a patient’s vulnerability to infection.  However, because the lenalidomide combination was so effective, a larger percentage of that group was able to complete all 12 cycles of treatment compared to the placebo group.

The researchers further suggested that for most patients, the increase in toxicity was worth enduring in order to achieve the longer lasting responses and progression-free survival possible with the rituximab-lenalidomide combination.

“The greater efficacy of lenalidomide plus rituximab, vs. rituximab alone, seems to be clinically meaningful in the context of the side effect profile,” said Dr. Leonard. “I believe that this combination represents an important new option that patients with follicular and marginal zone lymphoma – and their physician – should consider as they choose therapy.”

Disclosures: Dr. Leonard has served as consultant for both Celgene and Genentech/Roche. 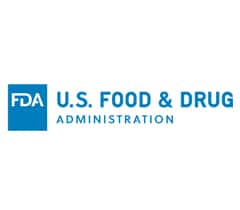 On May 28, 2019, the U.S. Food and Drug Administration approved the use of lenalidomide (REVLIMID, Celgene Corporation) in combination with rituximab (RITUXAN, Genentech, Inc.) for the treatment of adult patients with relapsed or refractory follicular lymphoma (FL) and marginal zone lymphoma (MZL). The approval was based primarily on results from the AUGMENT trial.  Read more >