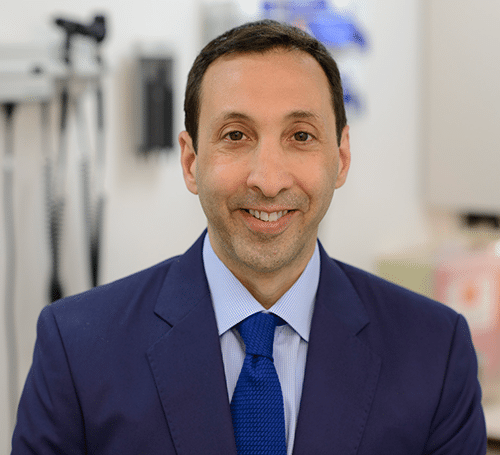 Numerous abstracts and studies presented during the American Society of Hematology (ASH) Annual Meeting – one of the largest and most prestigious scientific meetings in the world – offer new solutions to challenges in diagnosing and treating the different subtypes of lymphoma. Clinical trial results may confirm earlier, smaller studies with a more robust set of data.

Laboratory studies may identify a new biomarker or demonstrate how biomarkers contribute to the growth of cancer cells.  But only a small number of significant studies receive the designation of “practice changing” from the researchers who present them.  Practice changing research, generally resultant from clinical trials, is anticipated to change the standard clinical practice for a particular diagnosis.

At the 2018 ASH Annual Meeting, “practice changing” was used to describe the results of the ECHELON-2 study, which was presented by LRF’s Scientific Advisory Board member Steven Horwitz, MD of Memorial Sloan Kettering Cancer Center.

“With the FDA approval, the brentuximab vedotin + chemotherapy regimen should become a new standard of care for newly diagnosed PTCL whose tumors express CD30.”

Dr. Horwitz notes that ECHELON-2 is the first study in patients with PTCL to show an improvement in overall survival over a standard therapy such as CHOP, and that the significant benefit indicates that oncologists should strongly consider adopting this combination therapy for patients eligible for this approach.

“This study is exactly what we mean when we say ‘practice-changing,'” says Dr. Horwitz, “because it shows a vast improvement of peripheral T-cell lymphoma, which had not significantly changed in decades.”

The results of the ECHELON-2 study resulted in the U.S. Food and Drug Administration (FDA) approving the A+CHP regimen for previously untreated anaplastic large cell lymphoma (ALCL) or other CD30-expressing peripheral T-cell lymphomas (PTCL).  Reviewed under the FDA’s Real-Time Oncology Review Pilot Program, it received approval less than two weeks after the application was fully submitted.

For additional information on PTCL, including the latest treatment information, visit lymphoma.org/PTCL.