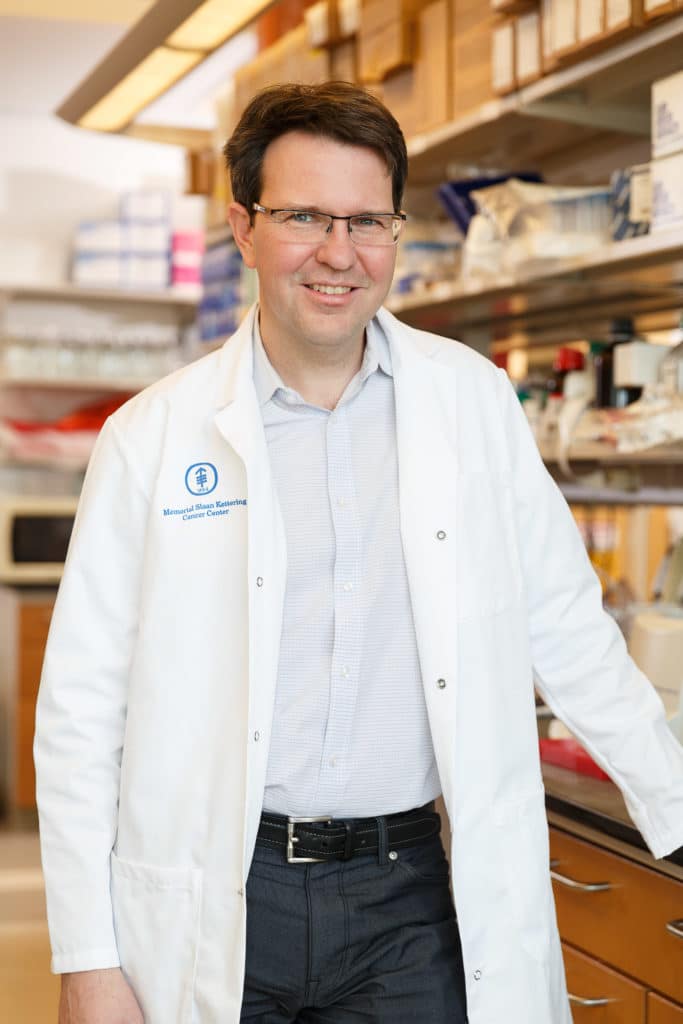 Hans-Guido Wendel, MD of Memorial Sloan Kettering Cancer Center, received LRF Follicular Pathways grants in 2013 and 2016; and became a member of LRF’s Scientific Advisory Board in 2017

A study partially funded by the Lymphoma Research Foundation, and published in the Journal of Experimental Medicine, revealed surprising new functions for a protein called MYC—that the powerful oncogene affects the efficiency and quality of protein production in lymphoma cells, thus fueling their rapid growth and rendering immunotherapy ineffective for treatment. These functions of MYC are potentially targetable.

MYC functions as a transcription factor that controls the production or protein-encoding messenger RNAs (mRNAs) from thousands of different genes within a cell.  Due to this process, MYC is known to drive the development of a range of cancers, enhancing the growth and proliferation of tumor cells.  It is theorized that MYC might also control the subsequent “translation” of mRNAs into proteins, a process carried by ribosomes.  A ribosome is a minute particle that binds messenger RNA and transfers RNA to synthesize polypeptides and proteins.

The researchers of the study, led by LRF Grantee and Scientific Advisory Board member, Hans-Guido Wendel at the Memorial Sloan Kettering Cancer Center; Zhengqing Ouyang at The Jackson Laboratory for Genomic Medicine; and Gunnar Rätsch at the ETH Zürich, analyzed the mRNA translated by ribosomes in lymphoma cells containing either low or high levels of MYC.  It was discovered that high levels of MYC stimulate the translation of a unique group of mRNAs, many of which encode components of the respiratory complexes that allow the cells’ mitochondria to produce energy.

It was also discovered that low levels of MYC in a lymphoma cell produces a truncated version of a protein called CD19 that, unlike full-length CD19, is no longer exposed on the surface of the lymphoma cell.

This is important because lymphoma can be treated using CAR T immune cells that have been genetically engineered to recognize and kill CD19-expressing cancer cells.  Loss of CD19 is associated with resistance to CAR T-cell therapy, but how lymphoma cells reduce CD19 levels is unclear.  It was found that CAR T-cells were less able to recognize and kill lymphoma cells that lacked surface CD19 because they expressed low levels of MYC.

“These new MYC activities depend on certain RNA binding proteins and our study makes them therapeutic targets and a new way to go after MYC-driven lymphomas.”

The researchers plan to investigate how MYC regulates these different aspects of protein production in cancer cells.

Dr. Wendel (Memorial Sloan Kettering Cancer Center) is a two-time recipient of the Lymphoma Research Foundation’s Follicular Pathways Grant, and a member of LRF’s Scientific Advisory Board. As befits the grant name, Dr. Wendel’s research focuses on the microbiology of lymphoma cells, identifying proteins within our tumor cells that represent crucial functions for cell growth or allow a malignant cell to avoid destruction by the immune system.  These biomarkers and pathways, once identified, offer avenues along which new therapies can be developed.  Learn more > 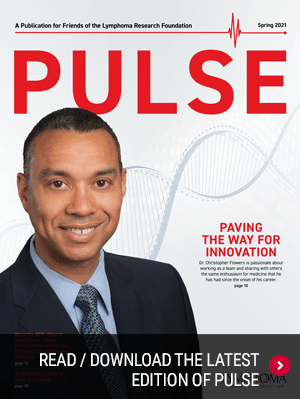