I work in the Sports Department at Rutgers University.  On Saturday September 29, 2007 after the Rutgers vs. Maryland Football game I was running up the football stadium steps when suddenly I knew something was wrong.  I did not however, know how serious it would be.  I was admitted to the hospital that Monday October 1 2007 and after testing it was revealed that I had massive fluid buildup in my chest. I stayed in the hospital for 21 days while they tried to drain this fluid.  During this ordeal I could barely walk.

After the doctors drained the fluid they then discovered that I had a large mass the size of a football in my torso. This was all so unbelievable to me.  I had always been a healthy guy, working out and watching what I ate.  The truly terrifying news came the next day, when my primary doctor came in and diagnosed me with Diffuse Large B-cell lymphoma.  He suggested I call my family because he gave me only two weeks to live.  Both my mother and my step mother died from cancer and I refused to believe that I would meet the same fate.  I am naturally a competitive person and I decided that night that I would do all I could to beat lymphoma and overcome the odds against me.

I had my first round of chemotherapy in November which lasted 12 hours.  My second chemotherapy treatment was given just before Thanksgiving.  Before they could assess whether the therapy was working or not the doctors discovered that my bone marrow was going into my spine.  This meant in addition to the chemotherapy I would need 23 sessions of radiation.I finished my treatment in July of 2008 and have been in remission ever since.

“It is not how you start, but how you finish that really matters.”

While I was still in treatment, I attended my first Lymphoma Research Foundation (LRF) Lymphoma Walk and it was truly life-changing.  I met so many survivors who inspired me immensely.  I knew once I was in remission that I wanted to be that inspiration for others too. I have organized a Zumbathon, a bracelet drive, and a fundraising dinner to support my Lymphoma Walk team Medley’s Soldiers.  I remember my first walk and how weak I was, which made it all the more important for me to complete the walk.  After all, it is not how you start, but how you finish that really matters. Now I am pleased to represent the Foundation as an Ambassador further spreading awareness and education so that others can benefit from what I endured. 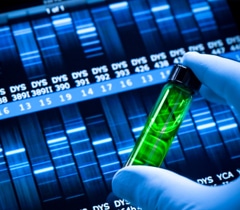 In a study funded in part by the Lymphoma Research Foundation, researchers find the loss of specific protein amplification and transcriptional reprogramming contribute to resistance