Significant scientific progress has been made since the Lymphoma Research Foundation’s (LRF) founding 25 years ago, including a host of breakthroughs that materialized from the first sequence of the human genome. This research has provided new insights into the molecular and genetic underpinnings of many types of cancer, including lymphoma.

Equipped with these insights, researchers are making advancements in the development of diagnostic technology, such as next-generation sequencing, which can identify differences in an individual patient’s cancer at the molecular level. These differences, or alterations (also known as mutations or biomarkers), can then be targeted by physicians to identify the most effective treatment. Put another way, advanced testing can facilitate the delivery of the right treatment to the right patient at the right time.

Despite the widespread acceptance of the importance of biomarkers and genomics to inform patients’ diagnosis and treatment, research has shown many patients across all cancer types are still not receiving testing at the point of diagnosis, after disease progression/recurrence or as part of the treatment/decision-making process.

To respond to this issue, lung cancer nonprofit LUNGevity Foundation convened a multi-stakeholder working group called the Consistent Testing Terminology Working Group, consisting of leaders from prominent oncology patient advocacy groups, professional societies and pharmaceutical/diagnostics companies and laboratories. The working group identified 33 common terms related to biomarker, genetic and genomic testing that working group members used to educate patients about advanced diagnostic testing. The group determined that universally accepted terminology about advanced diagnostic testing used across all cancers would be an important first step in helping eliminate patients’ confusion about testing and educate them about what testing is appropriate for their care.

33 different terms related to biomarker, genetic and genomic testing were identified in patient education and clinical care materials according to the Consistent Testing Terminology Working Group.

“The Consistent Testing Terminology Working Group intends to help make a patient’s experience easier during disease diagnosis, progression or recurrence by ensuring consistent use of plain-language terms about these types of tests,” says Nikki Martin, Director of Precision Medicine Initiatives at LUNGevity Foundation. “Whether someone is visiting a patient advocacy website like LRF’s or a medical institution’s website to read about these tests, we infer that if patients see consistent patient-friendly terms describing these tests, they will be more empowered, knowledgeable and confident in having conversations with their healthcare team about them.”

Victor Gonzalez, Associate Director of Support Resources and Strategic Partnerships at LRF, is a member of this working group and represented the hematologic malignancies and issues most relevant to the blood cancer community.

“In the hematologic malignancies, we use terms such as ‘next-generation sequencing,’ ‘molecular profiling’ and ‘molecular testing’ to describe the same test — naturally, this could be very confusing for patients during their diagnosis and the treatment decisionmaking process,” says Gonzalez. “The Consistent Testing Terminology Working Group was a worthwhile effort in helping the cancer community be consistent in the terms we use for this education, which will help patients in discussions with their healthcare team.”

The working group’s first recommendation was the use of the umbrella term “biomarker testing” for somatic mutations and other biomarkers (i.e., PDL-1, a protein that indicates if someone is a candidate for immunotherapy). Biomarker testing includes, but is not limited to, single tests, panel tests and multi-plex panel tests (such as “Next Generation Sequencing”) to analyze a patient’s biospecimen (i.e., solid tissue, body fluid or blood). The group felt that “biomarker testing” had the broadest applicability across all types of cancer and was inclusive of diverse methods of testing. In addition, it was already considered the most common term in use for patient education. 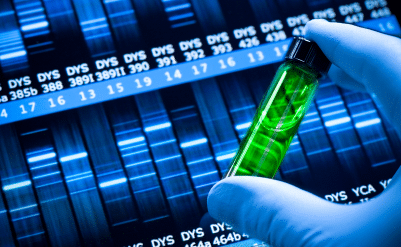 To mitigate confusion and lack of understanding around the difference between somatic (acquired) mutations and germline genetic mutations, which are inherited, the second recommendation from the working group was the use of an umbrella term to describe testing for mutations that are hereditary (can be passed from parent to child). Given how this type of testing is used, group members felt it was necessary to have two separate descriptors. The terms “genetic testing for an inherited mutation” or “genetic testing for inherited cancer risk” were selected after completing a survey of 1,700 cancer community members.

Both Gonzalez and Martin note that biomarker testing is more relevant for the lymphoma and lung cancer patient populations. However, science is continually evolving, and genetic testing for an inherited mutation or genetic testing for inherited cancer risk could play a role in the future.

“It’s important that patients understand and know the difference between these two categories of tests and how they could be used,” says Gonzalez. “Consistent use of terms helps with that.”

To achieve widespread adoption across the cancer community, the working group launched a strategic communications plan, which included introducing the results of this study and recommendations at the 2020 Annual American Society of Clinical Oncology (ASCO) Virtual Scientific Program Meeting held from May 29 to sessions featuring world-renowned faculty discussing state-of-the-art treatment modalities, new therapies and ongoing debates in the field of oncology. This year’s meeting, held virtually due to COVID-19, hosted more than 42,700 attendees from 138 countries, a record for the program.

“The fact that our study was accepted for presentation by ASCO was significant. It gave this project legitimacy and demonstrated that this is a challenge that needs to be addressed,” says Gonzalez.

“As technology and science advance and increase in complexity, we as patient advocacy groups may understand and stay up-to-speed, but patients, those who are the most responsible for their health, can feel left behind. It is our responsibility to educate patients so they can advocate for themselves.”

The Consistent Testing Terminology Working Group white paper, “A White Paper on the Need for Consistent Terms for Testing in Precision Medicine,” was published on CommonCancerTestingTerminology.org on July 7, 2020. 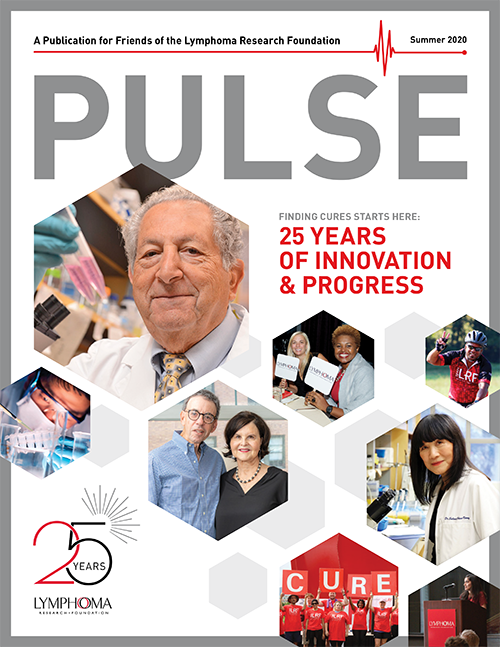