Using the Power of Social Media to Support the LRF Mission

In our increasingly interconnected world, people are using social media to support nonprofits—how can you make the biggest impact?

When the first-ever telethon was hosted in 1949, the idea of pledging charitable donations over the phone was new but caught on quickly—helping nonprofits raise billions of dollars for their cause. Who knew the “social” giving of yesteryear would become the high- speed, super-connected network it is today?

According to Fast Company, online giving—donations for charities made through websites, social media and apps—is growing quickly. Donations made online rose 17 percent between 2016 and 2019, to over $34 billion. Some 8.5 percent of all U.S. charitable donations, including grants from foundations and gifts from people and companies, are made through websites, social media and apps. 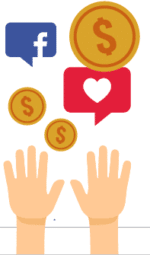 With seven out of 10 people using at least one social media account, social media has become a one-stop-shop for connecting with friends and family and supporting nonprofit. Last year, nonprofits received more than $125 million was raised via Facebook on GivingTuesday, the Tuesday following Thanksgiving and Black Friday that is devoted to giving back to charity. This year, GivingTuesday—which has become a global day of social giving— raised more than $500 million online and $1.97 billion across all mediums, according to their website. Facebook is a rising destination to celebrate one’s birthday and support the user’s charities of choice. According to Facebook, the platform has raised more than $2 billion through its giving tools for nonprofits and personal causes since 2015, half of which came from their birthday fundraising program, which launched in 2017.

For the Lymphoma Research Foundation, Facebook is an exciting frontier and is making it easier for supporters to join the Team LRF Fundraise Your Way program, connect with their existing network of friends and family, and fundraise.

“We’ve seen such immense support through Facebook and it keeps growing,” says William White, Director of Peer-to-Peer Fundraising at the Lymphoma Research Foundation. “It not only helps existing supporters fundraise with us more easily and effectively, but it also connects the Foundation to new supporters.”

The Team LRF Fundraise Your Way program allows anyone to support LRF in a way that makes the most sense for them. With the assistance of a Team LRF staff member, fundraisers can turn their time, talent and connections into raising funds and awareness for LRF. Since utilizing Facebook as a fundraising tool, Fundraise Your Way has seen an increase in social fundraising by 362 percent between 2017 and 2018.

“Between 2017 and 2018, Facebook giving for the Lymphoma Research Foundation increased by 362%”

Starting this year, using Facebook as a platform to raise funds for Team LRF Lymphoma Walks, the Lymphoma Research Ride or a do-it-yourself fundraiser will be easier than ever. Through integration with the Foundation’s peer-to-peer fundraising platform, supporters can connect their individual fundraising page with a Facebook Fundraiser in a few clicks.

“We’re excited to have this new feature as part of our Team LRF program,” says White. “What easier way to connect with friends and family to support your cause? You speak with them, share memes and videos with them on Facebook every day. Now there is a more direct way to share with them that you’re participating in a local Lymphoma Walk or cycling at the Lymphoma Research Ride.” 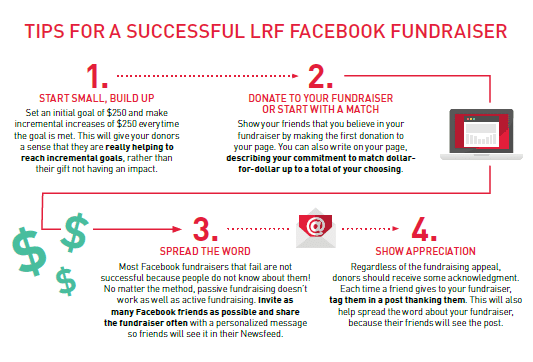 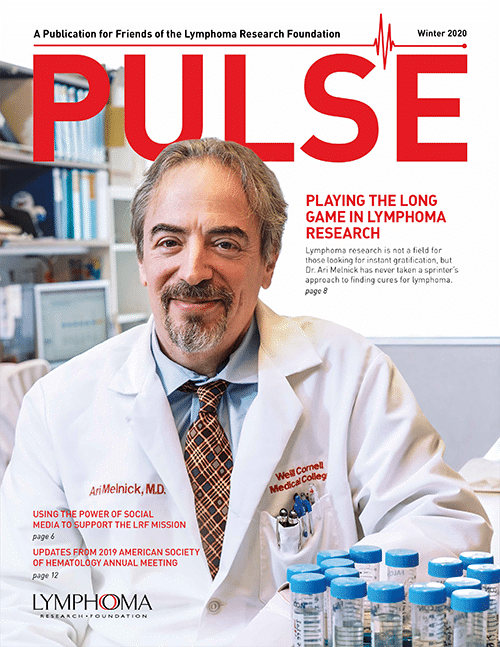