Dr. Goy is the Chairman and Director of the John Theurer Cancer Center in Hackensack, NJ, where he is also Chief of the Division of Lymphoma. At John Theurer, Dr. Goy leads New Jersey’s largest program for research, treatment, and management of lymphoma, and was instrumental in developing their tissue bank, which currently holds blood, serum, and tissue samples from more than 3000 patients who have consented to having their tissue catalogued for research purposes. “The lymphoma division at John Theurer Cancer Center has a focus on early drug development with novel therapies and exploring new ways to stratify patients with lymphoma,” Dr. Goy says. “Also, thanks to our large BMT [bone marrow transplant] program, we have access to cell therapy technology, particularly innovative ways to manipulate the immune system as part of allogeneic transplantation (reducing graft-versus-host disease and improving anti-tumor effect) but also chimeric antigenic receptor (CAR) T-cells through our collaboration with the NCI [National Cancer Institute] Immunology Branch.”

Dr. Goy’s own research covers a variety of lymphoma subtypes, but he has been particularly active in mantle cell lymphoma (MCL), a field in which he considers himself “fortunate” to have witnessed the dramatic changes in treatment options over the last 15 years. “Given the poor outcome with standard therapy, the field [of MCL research] has evolved rapidly as both patients and physicians have been more willing to look at innovative options,” he notes, citing the impact of dose intensive strategies, integration of novel agents, and maintenance therapies as factors which have contributed to markedly better outcomes for MCL patients. He adds that a better understanding of cancer cell biology including lymphoma has helped refine the classification of subtypes and accelerate drug development itself. Meanwhile ongoing efforts to tackle further the molecular diversity of lymphomas (prognostic stratification) as well as defining new endpoints (such as minimal residual disease (MRD)) will continue to help us in tailoring the management of our patients.”

Dr. Goy received his MD from the University Fourier in Grenoble, France, and completed his fellowship in hematology/oncology at the Grenoble University Medical Center and University Hospital System Assistance Publique in Paris. One of his first patients as young physician in training was his mother, who was treated for ovarian cancer, inspiring an interest in oncology. He also holds an MS in tumor immunology from Pasteur Institute in Paris and an MS in experimental oncology from Paris XI University. After completing his studies in France, Dr. Goy came to the United States for a postdoctoral fellowship in molecular oncology at Memorial Sloan Kettering Cancer Center (MSKCC), before joining the clinical team at MSKCC on the lymphoma service. He later joined MD Anderson Cancer Center as faculty in lymphoma before his appointment at John Theurer. “Given my early interest in immunology and experience at Pasteur Institute in tumor immunology, blood cancers, particularly lymphoma, became my primary focus,” Dr. Goy says. “During my time at MD Anderson Cancer Center, I developed an interest in MCL as a model of disease in need of new options given the very poor outcome, particularly at that time, with standard therapy.”

A past member of the Lymphoma Research Foundation (LRF) Scientific Advisory Board (SAB); as well as a member of LRF’s Mantle Cell Lymphoma Consortium, Dr. Goy appreciates his SAB membership for giving him the opportunity to interact with experts with translational and basic research experience in lymphoma, in addition to his fellow clinical researchers. “This provides an opportunity to promote interaction between research focused on understanding the mechanisms of the disease, the heterogeneity of patients (prognostic factors) as well as the development of new strategies for clinical trials,” he says. “Being part of LRF endeavors has helped me given my focus on MCL through the consortium, which has fostered global efforts and collaboration for a relatively rare disease… As my research interest in lymphoma grew over the years, LRF has been particularly instrumental in giving me an opportunity to be part of this global research and academic endeavor.” 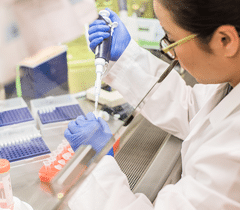 The Lymphoma Research Foundation (LRF) is proud to announce it has awarded 16 grants totaling $1.375 million to early career and disease-specific scientists based at 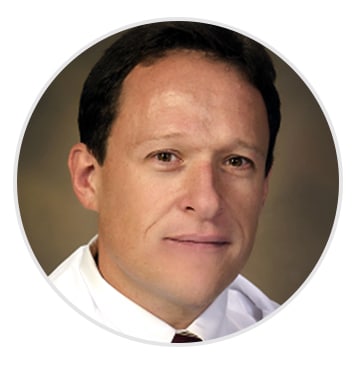