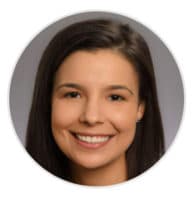 Dr. Staton is Chief Hematology and Oncology Fellow at Winship Cancer Institute, Emory University. Her Lymphoma Clinical Research Mentoring Program (LCRMP) project focuses on improving survival of patients with relapsed or refractory diffuse large B-cell lymphoma (DLBCL). In aggressive DLBCL patients who relapse following autologous stem cell transplant have very poor survival rates. For these patients, the growing data that chimeric antigen receptor (CAR) T-cell immunotherapy is effective in aggressive and relapsed lymphomas offers some hope for an alternative treatment. However, CAR-T cell immunotherapy currently requires that a patient’s own T-cells from his/her immune system be extracted, treated, and reintroduced to the patient in order to target the malignant cells, and, as Dr. Staton notes, “After many lines of treatment most patients have immune cells that won’t divide and function as hoped.” Dr. Staton’s LCRMP project will evaluate whether idelalisib (Zydelig) can boost the number of active T-cells in this group of patients, in the hopes of making a potential CAR T-cell treatment more effective. The project also seeks to identify patients at risk for post-transplant relapse through measurement of a patient’s absolute lymphocyte/monocyte ratio (ALC/AMC), a measurement found in a patient’s peripheral blood cells that has been shown in prior studies to be associated with poor prognosis.

Dr. Staton received her MD from Louisiana State University and completed her residency at Ochsner Medical Center in New Orleans before going to Emory for her clinical fellowship. It was through her mentor at Emory, Christopher Flowers, MD (an LRF Scientific Advisory Board member and past-chair of the LCRMP), that she became interested in lymphoma. “He makes you want to be a better doctor and researcher who will leave a lasting mark on the evolution of how we treat lymphoma,” she says. She is looking forward to the relationship building the LCRMP has become known for. “I have colleagues who have completed this program and the relationships started at the Workshop have been fundamental throughout their early career.”

Dr. Staton adds that her commitment to her LCRMP project, and lymphoma research in general, was born out of a desire to help those patients for whom current therapies are unsuccessful. “The lymphomas that do not respond to chemo/radiation or transplant are scary,” she says. However, Dr. Staton notes that the last five years have brought new therapies – including CAR T-cell immunotherapy – that give her hope for the future. “The new therapies and technologies that are effective in this group of patients are leading to cancers shrinking and patients living longer.”