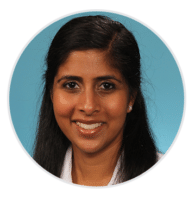 Peripheral T-cell lymphomas (PTCL) are a rare group of lymphomas that are commonly treated with combination chemotherapy, followed by autologous stem cell transplant for patients with a good response. However, it is unclear why transplant results in a complete
and durable response for some patients, while others relapse. Dr. Mehta-Shah and her colleagues will be using two new blood tests for minimal residual disease (MRD) in PTCL patients prior to transplant; these tests will allow them to determine whether MRD is correlated with poorer outcomes following transplant and to better understand the clonal evolution (how cancer cells evolve following treatment, often developing resistance to therapy). “We hope that these techniques will ultimately help us understand which patients
benefit most from a stem cell transplant at the end of therapy,” Dr. Mehta-Shah says. “These techniques may also be used to develop liquid biopsies for mutational profiling of tumors or serve as a method to help us determine which patients are more likely to relapse.”

Dr. Mehta-Shah received her MD from the Feinberg School of Medicine, Northwestern University, before an internship and residency at Weill Cornell Medicine and chief residency and fellowship at Memorial Sloan Kettering Cancer Center. In her current position as Assistant Professor of Medicine at Washington University in Saint Louis, she was a participant in the 2017 class of the Lymphoma Clinical Research Mentoring Program (LCRMP). Inspired to a career in medicine by her mother (a pediatrician), Dr. Mehta-Shah became interested in lymphoma after a lecture by Steve Rosen, MD (a former
LRF Scientific Advisory Board Member) at Northwestern University, and became specifically interested in T-cell lymphoma while working with SAB member Steven Horowitz, MD, at Memorial Sloan Kettering. “Patients with these rare diseases suffer from our lack of knowledge regarding how to tailor treatment to specific disease types,” Dr. Mehta-Shah notes. “We wondered if some of our patients were over-treated or under-treated. This is what gave birth to this project.”

Dr. Mehta-Shah says she considers herself fortunate both to have participated in the LCRMP and, now, received a Career Development Award. “The Lymphoma Research Foundation uniquely supports young investigators in lymphoma, connects them to other leaders in the field and develops opportunities for collaboration between generations of lymphoma experts,” she says, “The Foundation recognizes that improving our knowledge about lymphoma from all fronts is critical to advancing the field.” 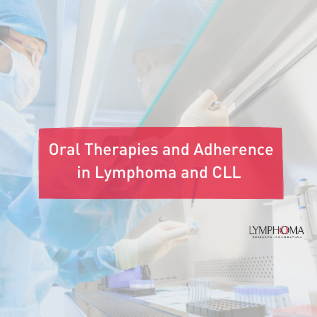 Webinar: Oral Therapies and Adherence in Lymphoma and CLL 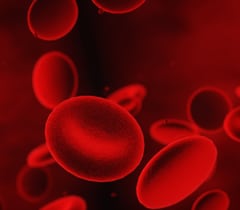 Double hit lymphoma (DHL) describes patients whose lymphoma tumors exhibit mutations on two significant genes, where most lymphoma patients have a mutation on only one. 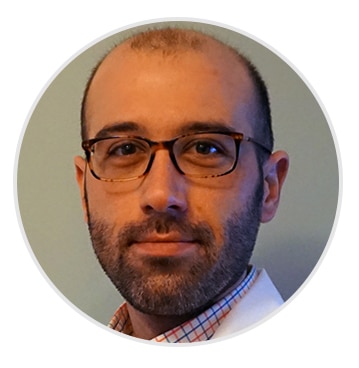