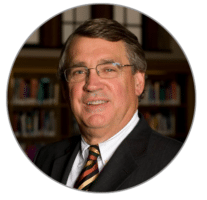 Dr. Thomas Habermann is Professor of Medicine at Mayo Clinic in Rochester and current Chair-Elect of the Lymphoma Research Foundation (LRF) Scientific Advisory Board (SAB). His career as a lymphoma researcher encompasses a wide variety of projects, from investigations into new therapies and the biology of lymphoma to studies that identify factors affecting patient quality of life and the cost-effectiveness of their treatment. “I have come to appreciate what I refer to as ‘the continuum’ of many lymphoma subtypes,” Dr. Habermann says, when asked about how his clinical research and epidemiology research impact each other, “It is clear that we cannot study the totality of a lymphoma subtype in a single clinical trial.” His epidemiology work includes establishing the infrastructure for databases and tissue banks such as the Mayo Clinic Lymphoma database (with records of over 25,000 patients) and a database that integrates the Lymphoma SPORE data (with records of over 8,000 patients in roughly a decade of collection), which has allowed Dr. Habermann and his collaborators to make observations based on the blood, tissue, and clinical information of groups of patients that far exceed the enrollment of most clinical trials. “The merging of both clinical trials and epidemiology is like the word quantum which can mean two things,” he adds. “As a noun, it can refer to a large amount (epidemiology) or it can mean the smallest amount of something that can exist independently (clinical trials).”

Dr. Habermann received his MD from Creighton University before completing his residency and fellowship at Mayo Clinic’s Rochester campus. After joining the Mayo faculty in the late 1980s, Dr. Habermann began building the Mayo Clinic’s lymphoma program with Dr. Thomas Witzig, and subsequently Dr. Stephen Ansell (both also LRF SAB members). “It is fascinating to think back over the last 30 years and observe what has changed and why,” Dr. Habermann says, citing new drugs, beginning with rituximab (Rituxan), treatments to reduce side effects, and advancing computer technology as a few examples. “The science has advanced exponentially and will change the field forever.” Dr. Habermann has helped advance that science himself as a co-author on papers in 19 different drugs before their approval by the U.S. Food and Drug Administration, including rituximab, lenalidomide (Revlimid), and ibrutinib (Imbruvica). In 2006, he was the principal investigator of the intergroup R-CHOP trial that incorporated rituximab into the CHOP regimen (cyclophosphamide, doxorubicin, vincristines, and prednisolone) for diffuse large B-cell lymphoma (DLBCL), the first time in 25 years that the standard of care for DLBCL was changed.

In addition to scientific advances, Dr. Habermann’s list of significant changes seen in the past three decades includes the development and contributions of foundations, and the growing patient involvement and engagement of family members. As with the scientific advances, Dr. Habermann has himself contributed to both these developments. A long-time member of the Foundation’s SAB, Dr. Habermann was elected Chair-Elect in July 2015, and is now preparing for a term as Chair in 2017. “The SAB is composed of some of the most accomplished and brightest individuals who work extremely hard and with remarkable passion. It is this group of minds that come from different institutions and perspectives that can critique grant proposals, and provide insight and direction to the LRF.” Dr. Habermann also received an LRF Mantle Cell Lymphoma Correlative Grant in 2007, a grant which he says “was in retrospect more important than I realized from a career standpoint,” after putting the grant together in three weeks during a time of professional and personal transition. “The process energized and refocused me in some very remarkable ways and ways, in retrospect, pivotal.”

As the founding chair of LRF’s Minnesota Lymphoma Workshop, a one-day patient education program, Dr. Habermann has also helped the Foundation meet the growing desire for increased patient advocacy. “The Minnesota Workshop brings in 300 to 400 patient and family members. I would have never imagined that this would work this way,” he says. In 2008, the LRF Minnesota Chapter presented Dr. Habermann with the Minnesota Hope Award for his contributions to patient care. “The first advice that I give to patients is to have hope,” he says. He also advises patients to not give up that hope. “I now have patients who have been on four or more clinical trials in the immunochemotherapy era.” One such patient, still surviving 13 years after her diagnosis, tells a story about a conversation with Dr. Habermann as part of Mayo Clinic’s current patient orientation. In her story, the patient notes that “I said to my physician ‘Do you even want to bother to treat? It seems advanced and aggressive, and like a waste of time. And Dr. Habermann said ‘It is our job to keep you alive, but we are looking for a cure for this disease.'” The patient concludes, “Now that is Hope.” 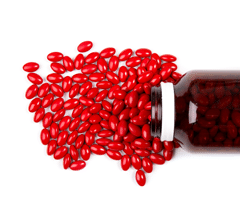