What can I hope for now? What should I hope for?” Those questions popped into my head after receiving the devastating news that my follicular non-Hodgkin lymphoma had recurred. I say “devastating” because all I’d ever wanted to do was care for patients and raise a family. That recurrence less than a year after completing intensive chemotherapy meant closing my solo practice of internal medicine to receive more treatment. It also meant my long-term prognosis was terrible. Even with the best available treatments, cancer threatened to take me from my husband and our three children, only 3, 5, and 7 years old.

Still, I had hope. My hope grew after mini-mantle radiation therapy put the lymphoma back into remission.

Just months later, I developed the same symptoms that had heralded my prior episodes of cancer. Repeat scans were still clear. Based on some research, my oncologist prescribed interferon, hoping to prolong the remission.

I knew if my cancer recurred again, standard therapies were palliative. I knew that transplant for follicular lymphoma was providing remissions but was too new to know if any of those remissions would last. That’s when I read a New York Times article on studies at Stanford using monoclonal antibodies. I was intrigued. 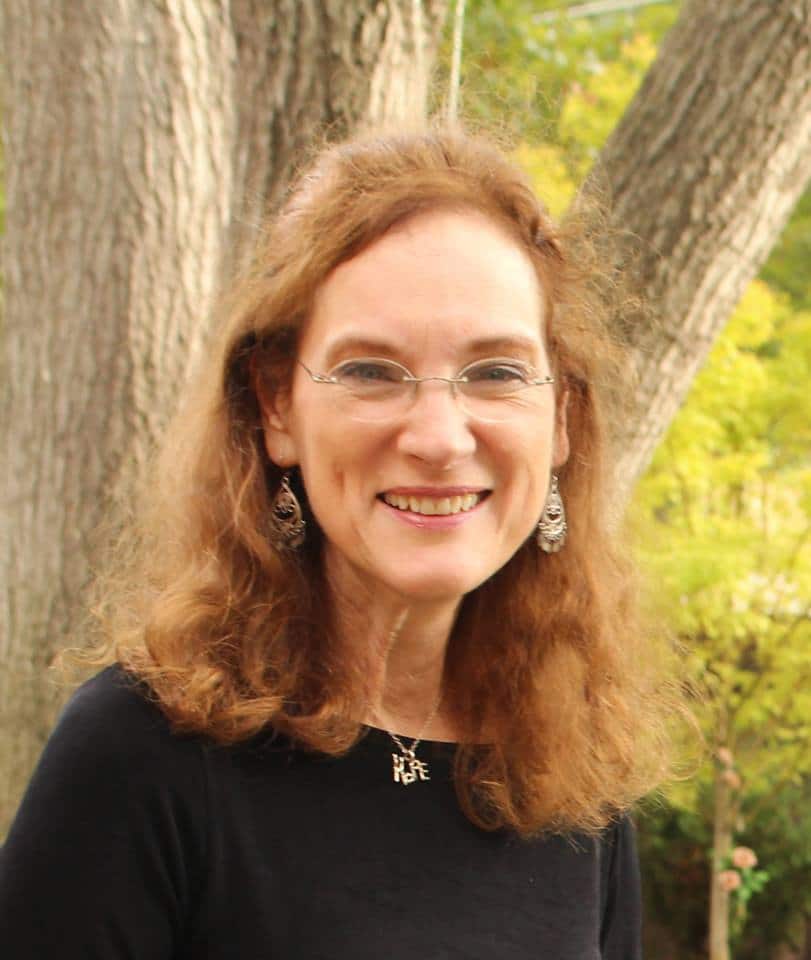 As it turns out, I’d done a summer externship in radiation oncology at Stanford as a medical student 15 years earlier. I reached out to my preceptor, who connected me with the researcher for the trial, Dr. David Maloney, then an oncology fellow in Dr. Ronald Levy’s lab. I’ll never forget how Dr. Maloney took the time to listen to my history and discuss the trial with me, even though I wasn’t eligible because I didn’t have measurable disease. He said I was otherwise an excellent candidate and told me he’d open a file on me.

Just months later, I called Dr. Maloney with my bad news-good news: the bad news being my cancer was back, and the good news being I could now be considered for the trial. The following week, I boarded a plane to enroll as the 15th and last subject in the Phase I trial of the investigational drug. Four years later, the drug received FDA approval as rituximab.

Today we talk about rituximab the way we talk about penicillin. Back in 1993, that trial was the first time that researchers administered to humans a monoclonal antibody therapy to treat cancer. Only three patients, including me, received the full dose. The uncertainty was excruciating. When my blood pressure dropped an hour or so into the infusion, my husband looked on anxiously. The problem resolved quickly with IV fluids and medications, and I was discharged from the hospital that evening.

While walking back to the motel a few blocks away, we decided to stop for dinner at a local café. Reaching across the table, we clinked our water glasses in celebration. And amazement. “Can this treatment that isn’t making me sick or bald really work?” I imagine my awe was like that of the first recipients of antibiotics who survived infections that usually proved fatal.

Over the next few months, the investigational drug gave me a partial remission. It also gave me time, while researchers made progress in understanding lymphoma and how best to treat it.

Twenty-six years, one course of fludarabine-based chemotherapy, and five courses of rituximab later, I’m in my longest remission, adjusting to life with chronic aftereffects and late effects. How grand is that? I’ve lived long enough to develop late effects…long enough to raise those three children…long enough to experience something I didn’t even hope for when I entered the trial because it seemed too fairytale-ish: calling myself “Grammy” to three little ones, with more on the way.

Every day I marvel at how the pieces came together: my reading the New York Times article, having a Stanford connection, and developing recurrence when there was one spot left in the trial. What’s not a mystery—and what motivates me to support the Lymphoma Research Foundation—is how grassroots fundraising gives us reason to hope.

In the years before LRF was founded, some people I’ll never know donated to an organization that helped underwrite the trial at Stanford. In doing so, they supported the research that saved my life and changed the survival curves for the first time in decades. As long as high-quality research receives enough funding, we will find answers. Soon, I hope.

If lymphoma taught me anything, it taught me about hope. All my life, I thought I knew what hope was. A few years into my survivorship, I opened a blank screen on my computer, expecting to dash off a definition to begin writing a chapter on hope for Happiness in a Storm. Instead, I sat like a statue. Stymied.

How I could write about finding the best hope if I couldn’t even define it? That question launched my ongoing exploration of hope. Not just any hope, but healing hope, namely hope that helps patients get good care and live as fully as possible. I learned it matters what patients hope for and which hopes drive their actions. I learned how to distinguish harmful from healing hope. I also learned how much time and effort—and guidance and support—it sometimes takes to maintain healing hope.

I learned it matters what patients hope for and which hopes drive their actions. I learned how to distinguish harmful from healing hope. I also learned how much time and effort—and guidance and support—it sometimes takes to maintain healing hope. 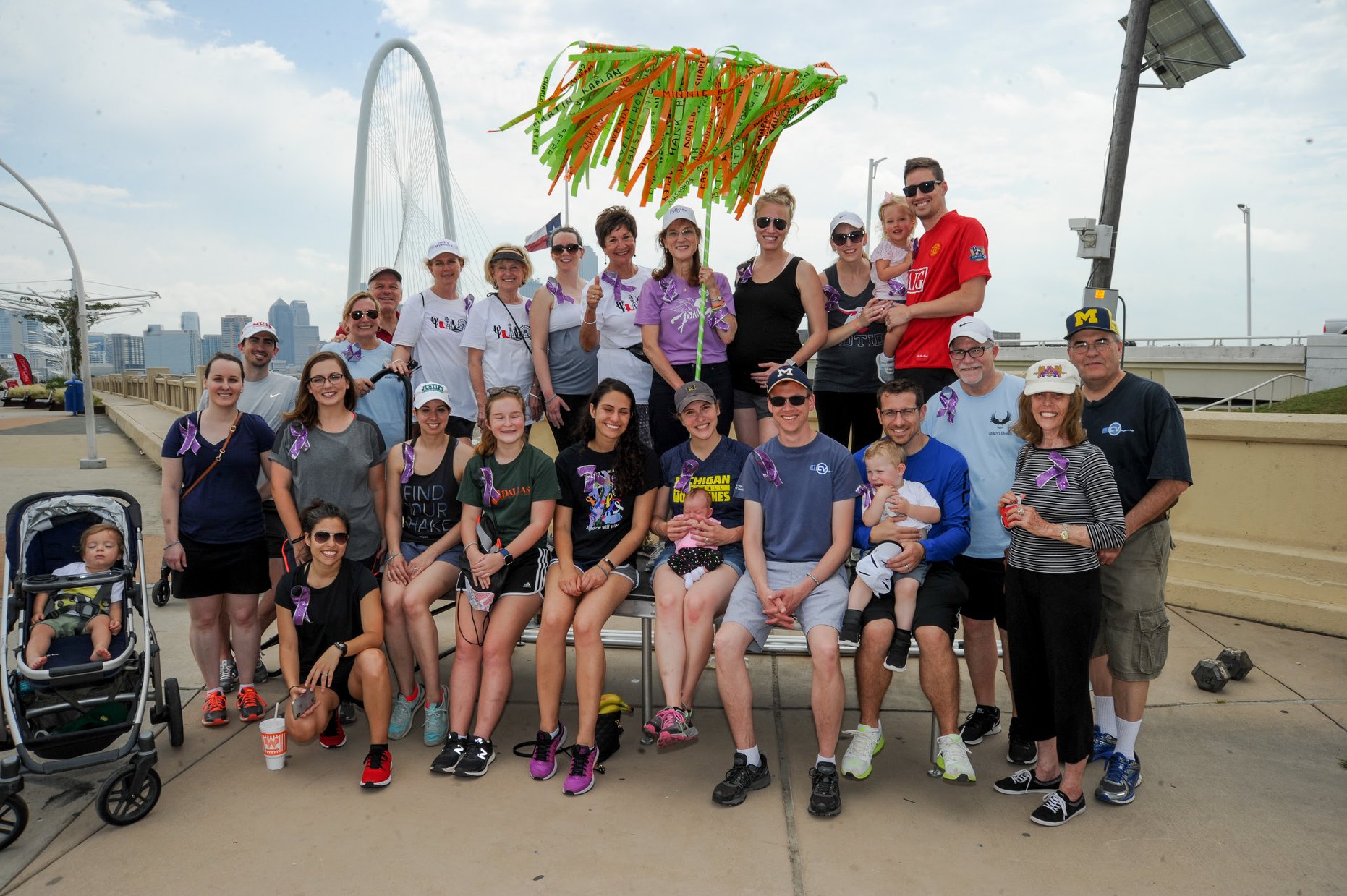 Hope led me to the Lymphoma Research Foundation. You see, hope of speeding up progress motivated me to help found the Dallas chapter and to form Wendy’s Eagles, a team of walkers that has participated in the walk every spring since. Without that hope, I’d have never mustered the gumption needed to do something outside my comfort zone: ask people for money. Hope of research finding answers keeps me at it, year after year.

As my bones begin to creak, I’m asking myself, “What can I hope for now? What should I hope for?” I’m hoping for the day when the words “You have cancer” no longer elicit fear because standard treatments provide cures without serious aftereffects. My hope is a realistic, healing hope that motivates me to keep walking in support of the Lymphoma Research Foundation. Meanwhile, I’m hoping to live my best life today, tomorrow and every day.

Wendy S. Harpham is an award-winning author of 8 books on survivorship. In her newest book, Healing Hope: Through and Beyond Cancer, she shares hard-earned wisdom on finding the best hopes for you. 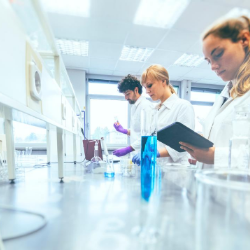 Projects awarded from this year’s class of CDA and Postdoctoral Fellows include early clinical trials of novel therapies, investigations into the biology of Hodgkin lymphoma and aggressive non-Hodgkin lymphomas, and new mechanisms
for chimeric antigen receptor (CAR) T cell therapy. 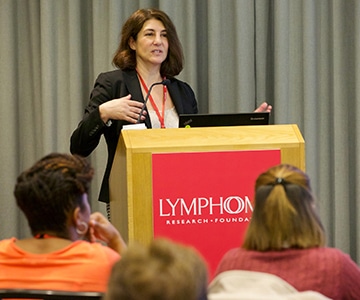