The Lymphoma Research Foundation (LRF) returned to the American Society of Hematology (ASH) Annual Meeting and Exposition, with nearly 70 LRF-affiliated scientists presenting more than 100 abstracts at this year’s conference.

Widely regarded as the premier event in malignant and non-malignant hematology, the ASH Annual Meeting, held from December 7-10, 2019 in Orlando, Fla., provided a critical forum for leading hematologists/oncologists to present their findings to over 30,000 of their peers. Among the distinguished scientists invited to present, nearly 50 percent of LRF Scholars—participants in LRF’s Lymphoma Clinical Mentoring Program— presented abstracts at the 2019 ASH Annual Meeting.

In addition to the Lymphoma Research Foundation’s representation through presentations, more than 60 percent of LRF grantees from the past decade were authors on abstracts selected for this year’s meeting alone. In addition, LRF is represented in more than 770 abstracts through grantees, Lymphoma Rounds Steering Committee members, Mantle Cell Lymphoma (MCL) Consortium members, LRF staff, and current and former SAB members. The 2019 ASH Annual Meeting also featured 15 abstracts and presentations stemming from LRF-funded research. 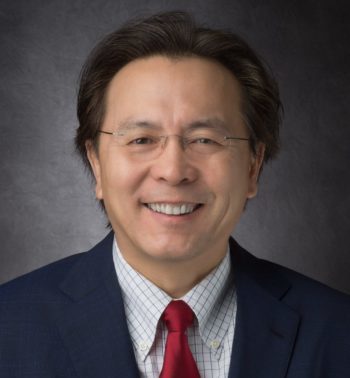 Treatment with the CAR T-cell therapy KTE-X19 resulted in a complete remission rate of 67 percent and response rate of 93 percent for patients with relapsed/refractory mantle cell lymphoma (MCL), according to findings presented by LRF Mantle Cell Consortium member Michael Wang, MD, of The University of Texas MD Cancer Center.

The 69 patients included in the study cohort received conditioning chemotherapy, with 68 receiving KTE-X19. The therapy was successfully manufactured for 96 percent of the patient cohort and administered to 92 percent. During the manufacturing process, patients were allowed to bridge therapy (defined as a therapy that assists patients to another stage of therapy or past a challenging period) for progressive disease. These therapies include ibrutinib (Imbruvica), acalabrutinib (Calquence) or dexamethasone, but not chemotherapy. Patients also received 3 consecutive days of conditioning chemotherapy five days prior to T-cell infusion.

Of the patients who reached complete remission, 78 percent remained in remission at the time of the analysis. Of the first 28 patients treated in the trial, 43 percent remained in remission, suggesting high durability of response. Based on the findings of the trial, a biologics license application (BLA) to the U.S. Food and Drug Administration (FDA) for KTE-X19 in relapsed/refractory MCL was filed. Prior to the BLA application, KTE-X19 received a breakthrough therapy designation from the FDA. 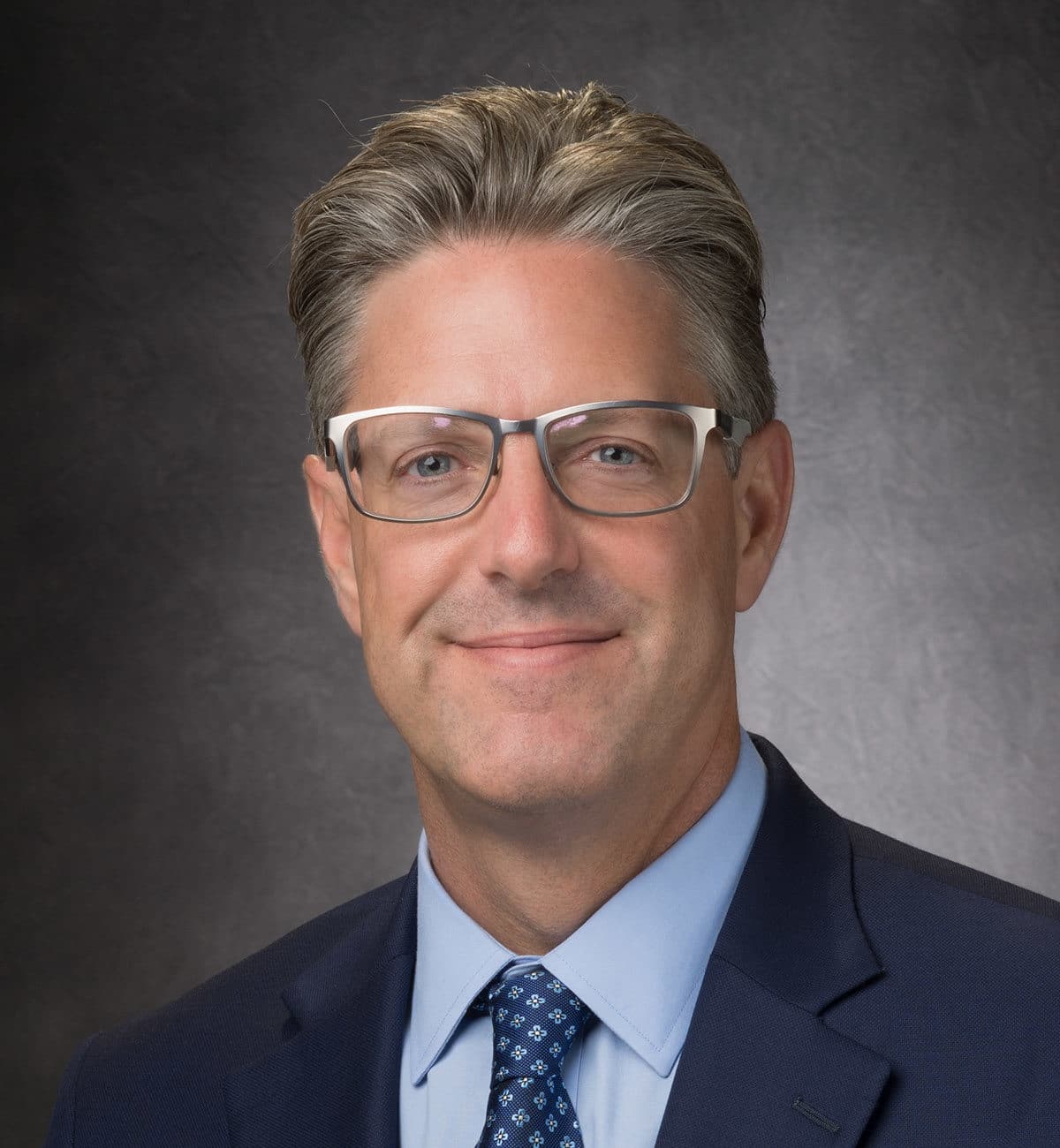 The combination of lenalidomide (Revlimid) and obinutuzumab (Gazyva) reported at 100 percent overall response rate in patients with relapsed (disease that reappears or grows again after a period of remission) indolent non-Hodgkin lymphoma (NHL) that was refractory (lymphoma does not respond to treatment) to rituximab (Rituxan).

Presented by former Scientific Advisory Board (SAB) member Nathan Fowler, MD, of The University of Texas MD Anderson Cancer Center at the ASH Annual Meeting, the trial evaluated the combination in 66 patients (57 with low-grade follicular lymphoma [FL], five with small lymphocytic lymphoma [SLL] and four with marginal zone lymphoma [MZL]). Patients needed to have an indolent disease that had not transformed and must have received at least one prior therapy to be eligible.

Dr. Fowler noted in his presentation that correlative studies are ongoing to predict patients who are at risk for early relapse with the combination. In addition, he concluded the need for larger randomized studies to determine if this combination therapy is superior to lenalidomide plus rituximab. 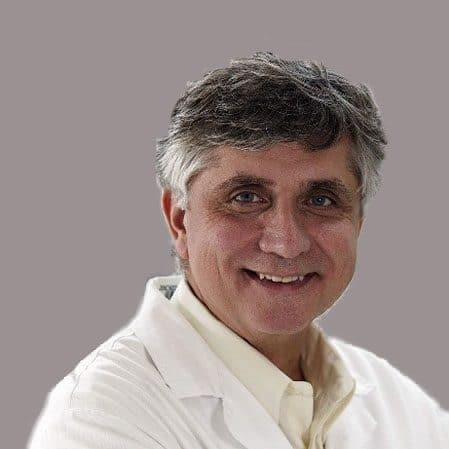 An immunotherapy that uses a patient’s own T-cells, altered to specifically attack cancer cells and then reintroduced to the patient, CAR T-cell therapy has shown promising early results for aggressive lymphomas that have proven resistant to other therapies.

However, for patients who experience CART-cell failure, further treatment options are very limited or non-existent. At a plenary session, Philadelphia Lymphoma Rounds Steering Committee chair Stephen Schuster, MD, of the Abramson Cancer Center, University of Pennsylvania, presented results of a study of mosunetuzumab, a single-agent bispecific antibody that binds both CD3 T-cells and CD20 on B-cells.

Most notable in the study was the durability of the complete remission to mosunetuzumab, with nearly 83 percent of patients with indolent NHL and nearly 71 percent of patients with aggressive NHL maintaining their complete remission up to a period of 25 and 16 months off treatment, respectively.Dr. Schuster noted that studies are ongoing with single agent mosunetuzumab and combinations. 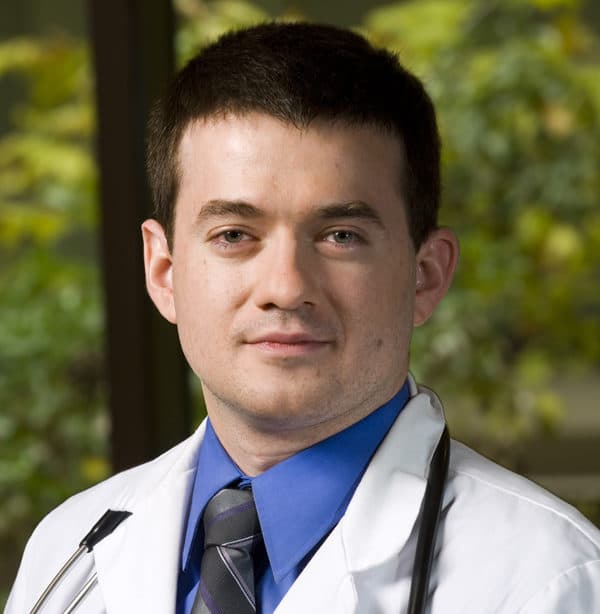 According to study results presented by past LRF Arizona Lymphoma Workshop Chair Daniel Persky, MD, of the University of Arizona in Tucson, almost 90 percent of the patients had negative PET scans after completing three cycles of chemotherapy, suggesting that the vast majority of patients with newly diagnosed limited-stage diffuse large B-cell lymphoma (DLBCL) can forego radiotherapy.

The study was based on results of the Southwest Oncology Cooperative Group (SWOG) S0313 trial that found adding ibritumomab tiuxetan consolidation to three cycles of CHOP showed an overall survival estimate of 91 percent, and on the BC Cancer Agency’s study that reported PET-driven treatment after three cycles of R-CHOP showed a three-year time to progression rate of 60 percent and overall survival of 83 percent for patients with positive scans treated with radiation therapy.

The study cohort included 132 patients with early-stage DLBCL, including 98 patients with DLBCL, 19 with high-grade B-cell lymphoma, four with “double hit” high-grade B-cell lymphoma, and two with T-cell or histiocyte-rich large B-cell lymphoma. Nine patients did not have histology confirmed by central review. After an average follow-up of 4.5 years, five patients had disease progression and 13 had died (two patients of lymphoma and 11 of other causes). Progression occurred in three patients who received only R-CHOP, one who had a positive PET scan but declined radiation therapy, and one who stopped treatment after the first cycle of R-CHOP.

Results from a phase II study of nivolumab (Opdivo), a checkpoint inhibitor, in patients with relapsed/refractory peripheral T-cell lymphoma (PTCL) was halted due to the high number of patients with hyper progressive disease, the moderate activity of the drug, and short duration of response, according to a study presented at 2019 ASH. Hyperprogressive disease is defined as a dramatic progression within one cycle of treatment. 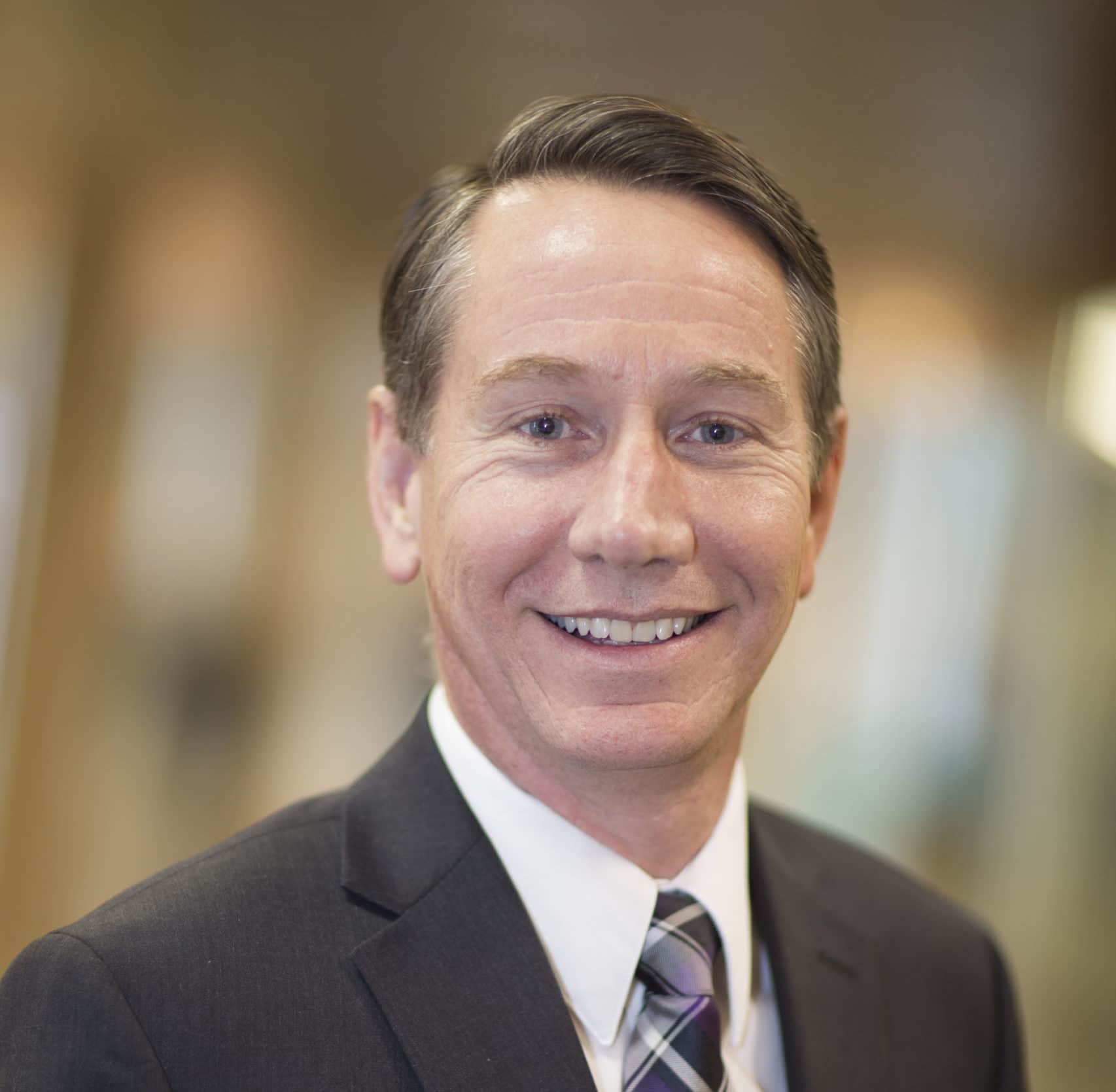 The trial enrolled 12 patients (six with angioimmunoblastic T-cell lymphoma, three with PTCL, not otherwise specified; one with ALK-negative anaplastic large cell lymphoma [ALCL]; one with enteropathy-associated T-cell lymphoma; and one with hepatosplenic gamma delta T-cell lymphoma). A total of 11 patients had stage 4 disease, 11 had extranodal involvement, and six had prior autologous stem cell transplant. All patients received at least one cycle of nivolumab. 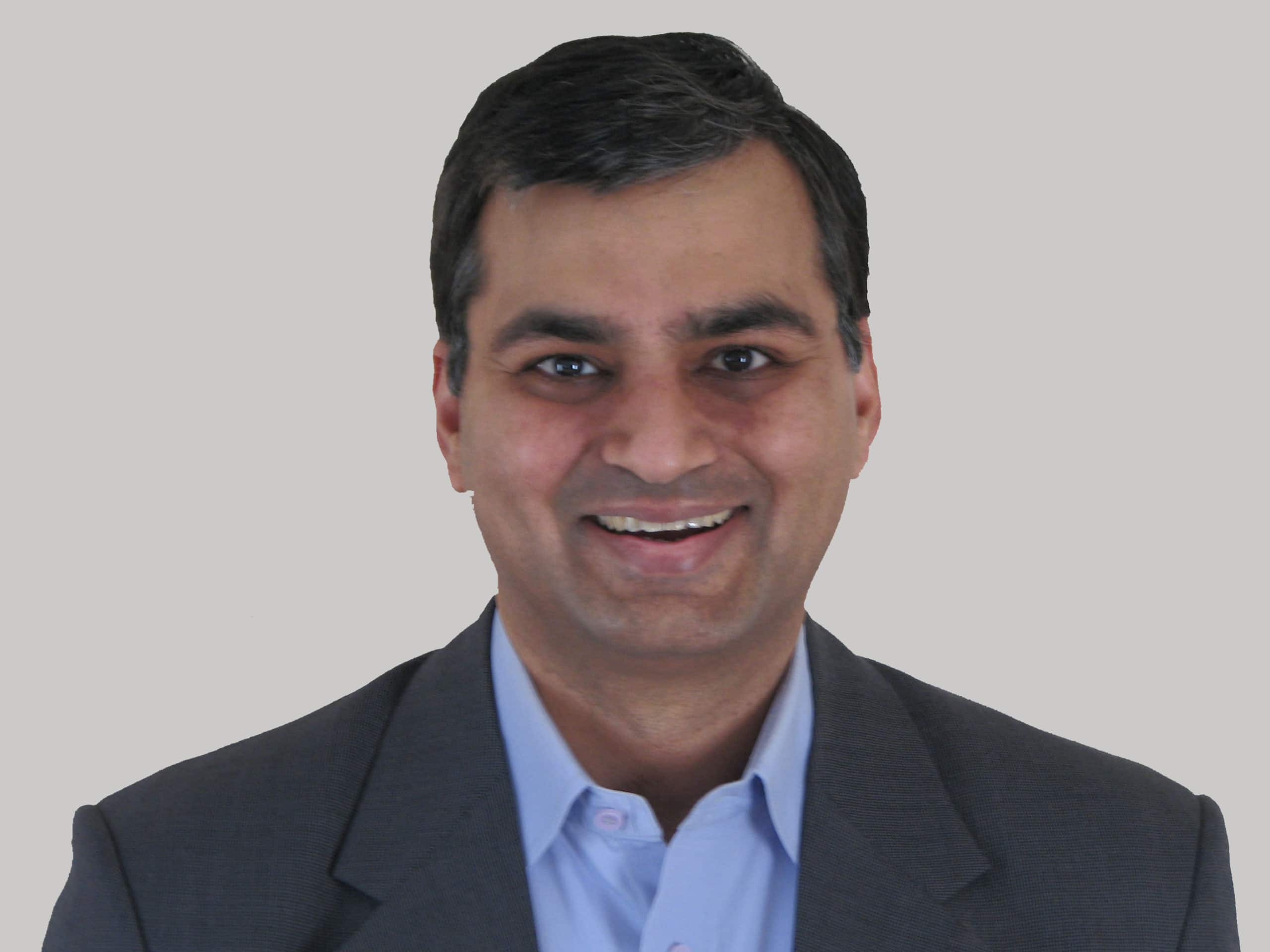 Follicular lymphoma (FL) is one of the most common types of lymphoma [WS8]. Because FL can present in several different ways in the human body and frequently transforms from indolent to aggressive disease, there are major challenges to identifying associated genetic alterations or clinical outcomes. Based on the observed mutational rates in FL, an international study investigated more than 1,000 cases with a goal to delineate the genetic alterations that underlie histologic grade and clinical outcome.

The researchers used a technique called whole-exome sequencing, which analyzes all the protein-coding regions of genes (the exome) in a given type of cell. They also analyzed other key biomarkers and genetic pathways relevant to lymphoma, including immunoglobulin, T-cell receptor, and CD3 loci, likely breakpoint regions, long noncoding RNAs and microRNAs. For viral detection, the study targeted viruses thought to contribute to the development of lymphoma, including Epstein-Barr virus (EPV), human papillomavirus (HPV), human immunodeficiency virus (HIV), hepatitis B and C, Kaposi’s sarcoma-associated herpesvirus, human T-lymphotropic virus and Merkel cell polyomavirus.

The sequencing of the samples revealed over 100 genes mutated with a frequency of at least two percent, confirming that FL does have a wide variety of genetic differences from patient to patient. Nearly 100 percent of cases had a mutation in at least one chromatin-modifying gene, with the most frequently mutated genes being KMt2D, BCL2, IGLL5, and CREBBP. The study also identified frequent mutations in the SPEN, BIRC6 SETD2—which is believed to be a new discovery in these genes. Genetic data such as this will help researchers to develop new diagnostic and prognostic tools for the different varieties of FL as well as new targeted therapies.

For more updates from 2019 ASH, listen to the 2019 American Society of Hematology Annual Meeting webinar at lymphoma.org/webinars.