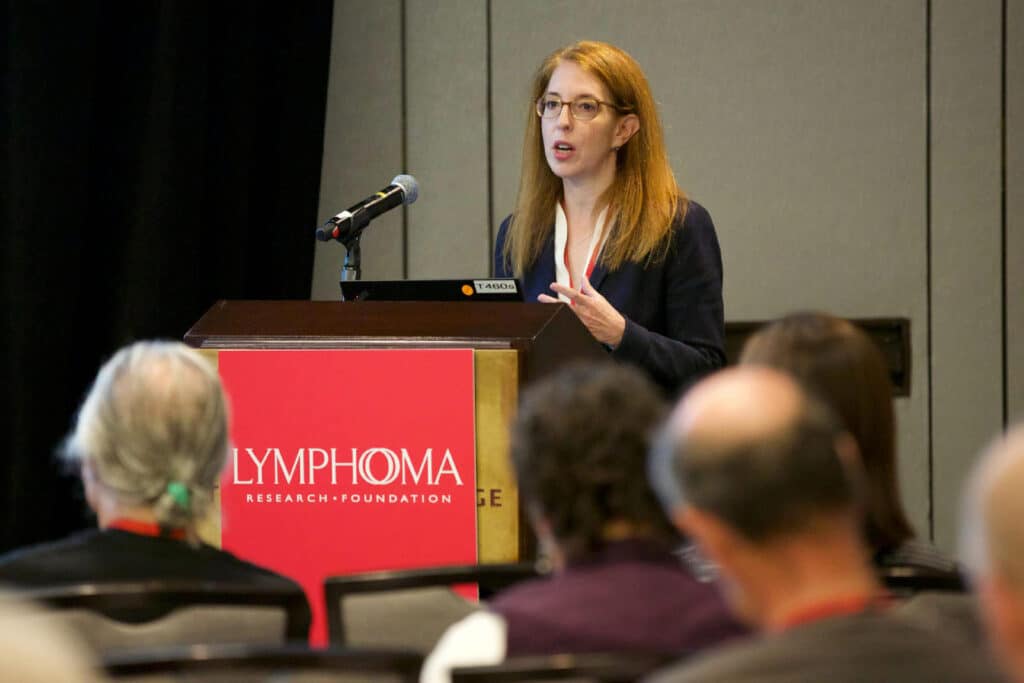 The combination therapy, combining checkpoint inhibitor immunotherapy (nivolumab), with a monoclonal antibody currently approved for melanoma (ipilimumab), and a targeted CD30 inhibitor (brentuximab vedotin), was designed to activate the immune cells in the tumor microenvironment, while overcoming tumor resistance with brentuximab vedotin.

Twenty-two patients were enrolled on the study, which sought data on both the safety and efficacy of the treatment regimen.  Three patients discontinued therapy due to severe side effects, and researchers also noted a higher incidence of grade 3 side effects than trials of only two of the three drugs, but most patients were able to complete their therapy.

With median follow-up periods of less than a year thus far, neither progression free survival or overall survival had been reached.

Dr. Diefenbach noted that in a patient population that had received numerous other therapies, with nine patients who had already gone through stem cell transplant and relapsed, an overall response rate of 95 percent was extremely promising.

A larger randomized trial comparing this triplet combination to the doublet of brentuximab vedotin and nivolumab is ongoing.