Right after running a half marathon in 2010, the back spasms began. I was an avid runner and loved lifting weights and figured that the pain I was experiencing was from a pulled muscle. I visited numerous doctors for the next year, all of whom couldn’t find the source of my underlying pain. In January 2012, a neurologist requested I do an MRI and there they were – two tumors pressing up against my spinal cord and right shoulder. After further testing, I was diagnosed with stage 4 Hodgkin’s Lymphoma. As hard as it was to hear, I was grateful to finally have an explanation for the chronic pain I was experiencing.

I was lucky enough to meet other lymphoma survivors through the Lymphoma Research Foundation Lymphoma Walk a few days before I began chemotherapy. One survivor, Kristin, provided helpful tips and tricks on how to manage side effects – information that was not found in the pamphlet. I held on to her words throughout treatment and knew that if she could beat it, so could I.  I’m grateful for this organization as it helped me with important resources. I was able to connect with survivors, who provided real information.

“I looked to survivors as sources of inspiration, which was a reminder that if they were able to overcome cancer that I could too.”

I immediately began treatment and received radiation, steroids, and finished with six cycles of ABVD. There were many changes to my body, and at times I felt as if I could not keep up the ‘new me.’ My hair fell out, my attitude changed, my brain was no longer as sharp, and I started to feel less like myself. When I laid in bed at night, my pain, anxiety, and sadness would kick in. I often turned to prayer to help me get through the process, and it gave me a lot of strength. I also looked to survivors as sources of inspiration, which was a reminder that if they were able to overcome cancer that I could too.

One year after my last treatment, my cancer site doubled in size. All I remember the doctor saying was “aggressive treatment”. I was to receive three cycles of ICE, one week of BEAM-R, and then a stem cell transplant. As I 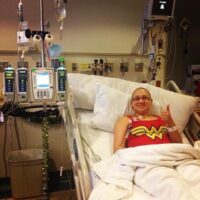 reflected on the prior year and all of the pain and changes I endured, I became nervous about what lied ahead. My family and I had never heard of a stem cell transplant. As I began to research the procedure and what it entailed, the anxiety only set in more.

24-hour chemo drips of ICE chemotherapy are no joke. I remember getting the munchies during the treatments and not feeling the side effects of chemo until days later. Stem cell harvesting was the most challenging experience during my journey with lymphoma. My body was not releasing the cells needed for the transplant and being in a hospital bed for eight hours during the harvest and without being able to stand to use the bathroom without help, was agonizing.

“I was once told that all our life experiences should be looked at as an opportunity to learn something and grow as a person – and I learned a lot by having lymphoma.”

I had to stay in the hospital for a month following my transplant, which was devastating. It was December and the holidays were near. It would be the first Christmas that my family and I would not celebrate together. My family tried to cheer me up by decorating my hospital room, but it wasn’t the same. By the time my transplant was completed (day seven of my hospital stay), I began to experience the side effects of the chemotherapy. While my body was rebooting, I had a fever, digestion issues, nausea, and no desire to move out of bed. I was finally released a day before New Year’s Eve, and have never been happier to sleep in a bed that was not in a hospital.

There was a lot of good that came from having lymphoma. Prior to my cancer diagnosis, I never realized how resilient or strong I was. I am blessed with a loving family that held my hand during the darkest of days and was grateful to have them by side to get me through this life-altering moment. 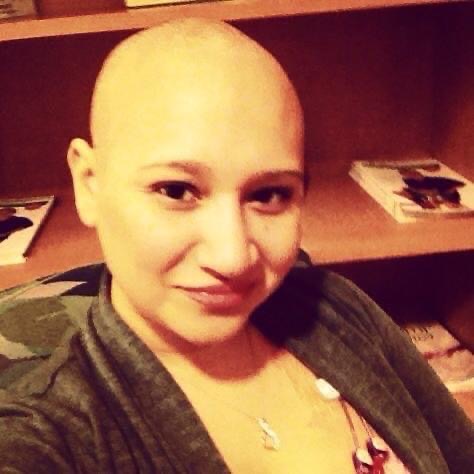 I was once told that all our life experiences should be looked at as an opportunity to learn something and grow as a person – and I learned a lot by having lymphoma.  I learned that my experiences were meant to help other lymphoma patients who were about to embark on their own journey. I shared with them a list of things that helped me through my treatments, and words of encouragement. Now, I am happy to say that I am six years cancer-free thanks to God and my medical team. Don’t lose hope! 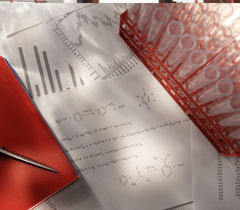 Allogeneic hematopoietic stem cell transplant (allo-HSCT) may be a successful curative treatment for T-cell patients with poor survival and/or limited treatment options, according to a retrospective study led by LRF grantee Neha Mehta-Shah, MD of the Washington University School of Medicine in St. Louis.