I suppose it was terribly naive of me to think that I would not have to contend with a serious illness until well into my seventies or eighties. After all, I had never suffered from anything more serious than a sinus infection or strep throat. And I hadn’t spent a night in the hospital since the time of my birth some 62 years prior.

So when the oncologist told me, “You definitely have lymphoma “, it was not only a shock, but also the beginning of the greatest learning experience of my life.

“It was not only a shock, but also the beginning of the greatest learning experience of my life.”

By June of 2013 I had spent nearly 40 years in the ad agency business. My company had recently acquired some new clients so I was working very hard and constantly traveling. As fatigue set in after a particularly strenuous couple of weeks, I just chalked it up to hard work and little rest.

My family physician checked me over, prescribed an antibiotic, and advised me to return in a few days if I didn’t feel better. She prescribed a stronger antibiotic, but also had the wisdom to say, “Let’s do some blood work just to make sure nothing else is going on.” To me, doing blood work wasn’t necessary since all I had was a nasty cold, until the good doctor calls in a very anxious voice to say, “You need to see this specialist oncologist right away.” 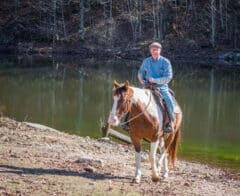 The next day after no more than a ten minute exam, the oncologist emphatically tells me, “You definitely have lymphoma, stage four, now we need to do more tests to determine what type.” What type? I had heard of this disease called lymphoma, but I didn’t know there were types. Turns out I had diffuse large B-cell lymphoma, an aggressive type, but also treatable.

I began treatment almost immediately. Chemo, the rituximab, cyclophosphamide, doxorubicin hydrochloride, vincristine sulfate, prednisone (R-CHOP) regimen. The first session, no problem, until five days later when I developed a serious infection. I was rushed to the hospital in an ambulance; and spent eight days getting stabilized.

Once back in the comfort of my own home, I’m was weaker than I could ever have imagined. I couldn’t even walk across the room without sitting down to rest. But very gradually, my strength began to return and chemo treatments resumed the following month. I returned to work, but with a reduced schedule. After seven months I was declared in remission, beginning to feel like my old self, and my hair was starting to grow back– plus, I was retiring, only five months left to work.

By the summer of 2014, I was cancer free, retired, and my wife and I were traveling to London. We celebrated the holidays with kids and grandkids. And rung in the New Year of 2015–life was good–except for this funny lump in my neck which was protruding in February 2015– just when I’ve finally grown back a full head of hair, the return of lymphoma.

So this time around, my doctor and I decided it was time to get rid of this disease once and for all. I decided to undergo a bone marrow transplant. For the next couple of months, I received two more chemo treatments, this time the rituximab, ifosfamide, carboplatin, etoposide (RICE) regimen. I tolerated them very well. In my case, the transplant was the autologous method, meaning I was essentially my own donor.

After a total of 20 days, I got to go home from the hospital. The boredom wasn’t too bad since I managed to occupy my time with my iPad, cable TV, and Kindle. And the hospital food was actually pretty decent. My recovery from the transplant was far easier than I anticipated. Less than two months after leaving the hospital, my wife and I took our grandson to Durango, Colorado where we went hiking, horseback riding and river rafting.

“My experience is that the transplant sounds much more scary than it really is.”

If I can provide one piece of advice, to anyone considering a bone marrow transplant, I would say don’t hesitate to do it if that is what your doctor recommends. My experience is that the transplant sounds much more scary than it really is. There is no question in my mind that the temporary pain and inconvenience pales in comparison to the effectiveness and outcome.

I learned to fully appreciate the love of my family and friends, especially that of Vivienne, my wife of 38 years who cared for me and prayed for me throughout the entire time. I learned that in the face of adversity, I can be pretty tough. I learned that I look OK when I’m totally bald. I learned to put my trust in the medical profession.  I learned that there have been, and continue to be significant advancements in medical science. And I have learned to believe more than ever in the power of prayer. Throughout my entire ordeal, I always had this spiritual feeling that my time wasn’t up, and that I was going to survive. There’s no doubt that this experience has had a profound and positive affect on me. 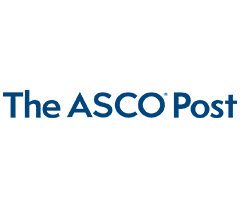